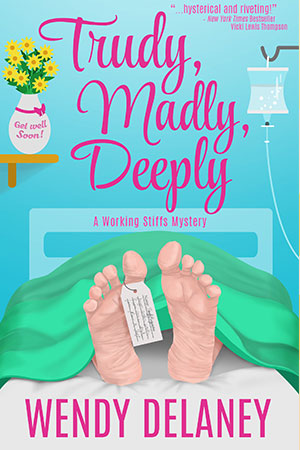 Char’s psyched to put her ability to the test as the County Coroner’s new investigative assistant… But she sure never expected she’d need it to solve a murder!

Of course, that was before she got her first assignment. Interview the hunky doctor reporting the suspicious death of Trudy, a family friend and one of several elderly patients at the hospital whose heart mysteriously stopped.

Coincidence? More likely, there’s a murderer on the loose!

In hot pursuit of the truth, Char’s on the case, much to the irritation of her cop buddy, who doesn’t want her to stick her nose in his investigation.

But she had better keep her eyes open or the next body on the way to the morgue could be hers!