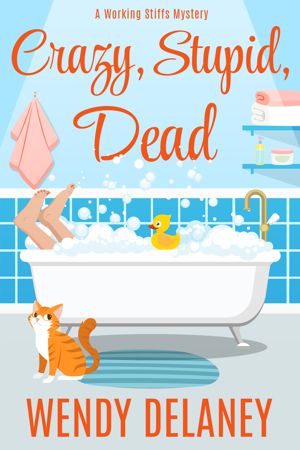 Death was by drowning . . . but in her bathtub?

The crazy way Naomi died was all everyone talked about at her funeral. Long after she was buried, the question remained: How could that nice old lady get herself into lethally hot water by mixing drugs and alcohol? By all appearances, there’s nothing to indicate foul play. But human lie detector Charmaine Digby knows that appearances can be deceiving.

When Char starts sleuthing, the strange truth surrounding Naomi’s puzzling death begins to emerge, but can she crack the case before the killer gets away with murder?

Amazon US
Amazon CA
Amazon UK
We use cookies to ensure that we give you the best experience on our website. If you continue to use this site we will assume that you are happy with it.Ok